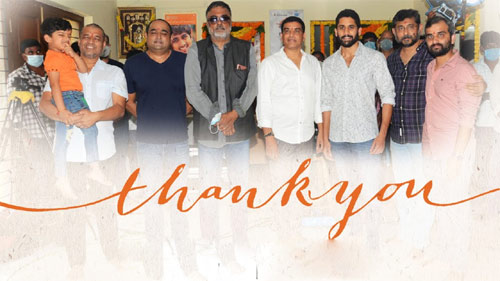 It is a known fact that Chay Akkineni is doing a film called Thank You in the direction of Vikram Kumar. Dil Raju is making this film and the shoot has also been wrapped up.

The gossip now reveals that the makers are in plans to release the film on the 24th of December in a big way. Though there is no confirmation, this news has gone viral in film circles.

Chay will be seen in two looks for this film. Thank You also features Raashi Khanna, Avika Gor, and Malavika Nair in key roles. Watch this space for more updates on this project.