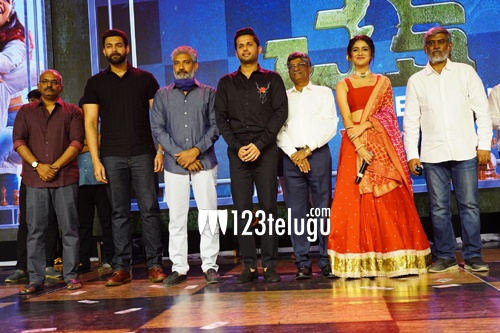 “Nithiin was initially branded for acting in only a particular kind of movies. But over the years, he has put in a lot of hard work and proved himself as an actor who can do any kind of movies. Check will be another step forward for Nithiin,” Rajamouli said. The RRR helmer went on to say that audiences got exposed to different kinds of content during the lockdown and hoped that movies with different content will be successful on par with commercial potboilers in the coming days.

Produced by P Anand Prasad under Bhavya Creations banner, Check is slated to open in cinemas on February 26. The film is inspired by true incidents that occurred in the USA.