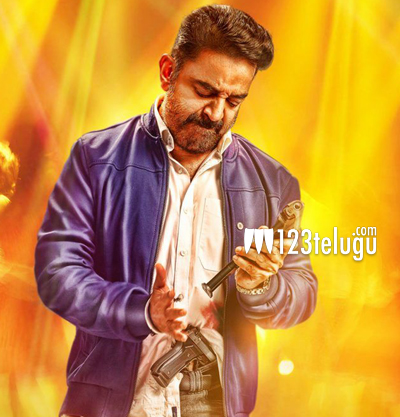 After the thumping success of Papanasam, legendary actor Kamal Haasan is gearing up for the release of his next film, the Telugu-Tamil action thriller titled Cheekati Rajyam. The film has already completed its shooting part and the postproduction formalities are in full swing to ready the film for a Diwali release.

As per the latest update, the much awaited trailer of Cheekati Rajyam will be launched on 16th September. Cheekati Rajyam is said to be an adaptation of a superhit French thriller. Directed by Kamal’s longtime associate Rajesh M Selva, Cheekati Rajyam features Trisha, Madhu Shalini, Prakash Raj etc in prominent roles.