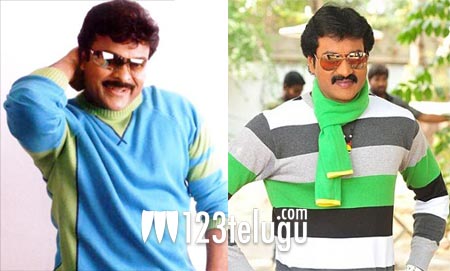 Sunil has been getting a lot of appreciation for the hard work he has done for his recent film Poola Rangadu. Right from losing more than 30 kilos, building a six pack to enthralling the audience with his dances, his dedication to impress everyone has caught the attention of industry’s bigwigs. The latest star to appreciate Sunil is none other than Megastar Chiranjeevi himself. In the past, Sunil had confessed that he’s a big fan of Megastar and he still imitates CHiranjeevi’s dancing style in his films. In an interview to a leading TV news channel, Chiranjeevi praised Sunil, especially for his dances in Poola Rangadu. Well, we are sure that Sunil will be on cloud nine after hearing that. Directed by Veerabhadram, the film has been termed as a hit at box-office. After this film, Sunil will be seen in the Telugu remake of Tanu Weds Manu and another film titled Napolean.