Chiranjeevi kills it in the first look of Godfather
Published on Jul 4, 2022 6:08 pm IST 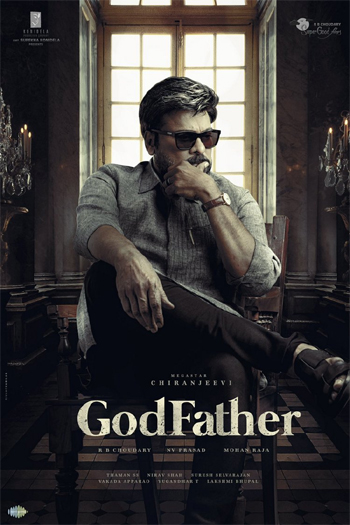 It is a known fact that megastar Chiranjeevi is doing a film called Godfather. The makers unveiled the first look poster of the movie. Chiranjeevi for the first-time sports a salt and pepper look and he looks stunning.

The makers also released a small teaser to introduce Chiranjeevi’s character which is extraordinary. While thousands of party workers wait for him outside the office, Megastar Chiranjeevi arrives in an ambassador car and walks out in a stylish manner.

The title Godfather suits well for his persona and the wonderful BGM from SS Thaman also works. Mohan Raja is directing the movie while RB Choudary and NV Prasad are producing it. Konidela Surekha is presenting it.

Bollywood superstar Salman Khan is playing a mighty role, while Nayanthara will be seen in a crucial role. Puri Jagannadh and Satya Dev are the other prominent cast.