Chiranjeevi launches the impressive teaser for Aadi’s Sashi
Published on Dec 23, 2020 10:20 am IST 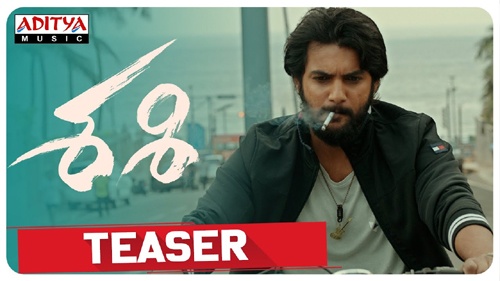 On the occasion of Hero Aadi’s birthday, Megastar Chiranjeevi has just launched the teaser for Aadi and young actress Surbhi’s upcoming action drama, Sashi. The impressive teaser packs a punch with an intriguing journey of a young musician with a dream.

In Sashi’s teaser, Aadi surprises with his makeover. He sports a thick, long beard and also dons an intense avatar throughout. Aided with a riveting story, Sashi will surely strike the right chords upon its release. The film has been directed by debutant Srinivasa Naidu Nadikatla and produced by RP Varma, Srinivas Chintalapudi and Chavali Ramanjaneyulu under Sri Hanuman Movie Makers banne