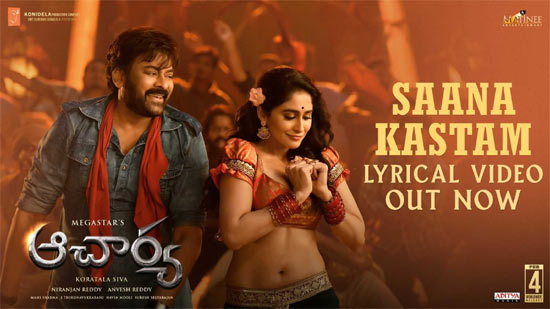 Tollywood Megastar, Chiranjeevi’s upcoming movie, Acharya, is all set to hit screens on February 4, 2022. Recently, the makers have released a mass number, which is being composed by Manisharma.

But the song has the RMP doctors hurt. The song has a few lines, which mean that young boys are becoming RMP doctors to get a chance to touch Regina-like women.

So, the doctors association filed a case in Janagama, Telangana. They asked the police to take action against the lyricist and the director Koratala Siva. The makers of Acharya didn’t respond yet on the issue.