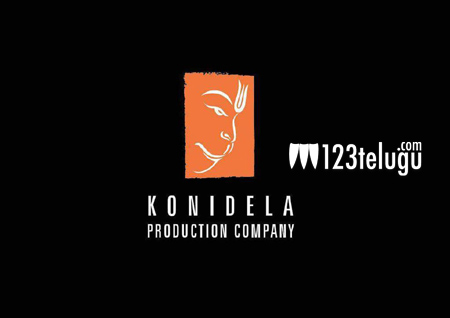 Megastar Chiranjeevi’s 150th film will be produced by Ram Charan and the production house logo has been revealed a few minutes ago. The name of the banner will be Konidela Production Company and a stylised image of Lord Hanuman in orange forms the logo.

The stylish logo will now be used officially for the film in all forms of communication. The film will formally be launched on the 29th at a private event and Vinayak will be directing this movie. Other details have not been revealed yet, except for the fact that Devi Sri Prasad will be handling the music.

Chiranjeevi’s prestigious project will hit the screens on Sankranthi.