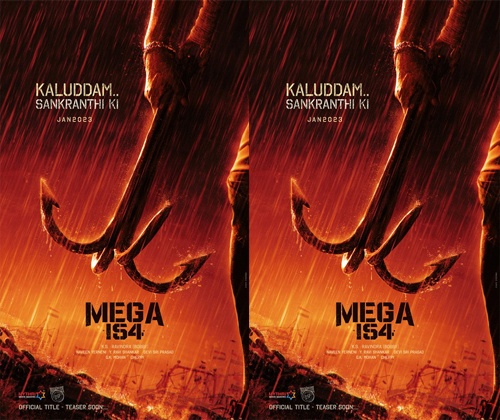 Megastar Chiranjeevi is currently busy with multiple projects and Waltair Veeraiah (MEGA 154) is one of them. Directed by Bobby ( KS Ravindra), the movie has Sruthi Haasan as the lead actress.

The makers of the movie have officially announced that the mega movie is releasing in theaters worldwide for Sankranthi 2023. They took to social media to announce the same and released a poster as well. The title poster and the teaser release date will be revealed in the coming weeks.

Produced by Mythri Movie Makers, the movie’s new schedule will commence next month and finish the entire film in the schedule. The pakka mass entertainer has tunes composed by Devi Sri Prasad.