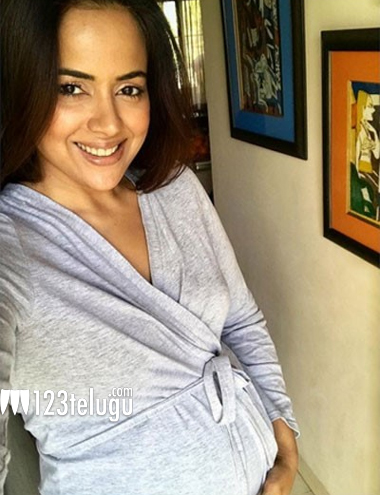 Telugu girl and popular Bollywood actress Sameera Reddy is well-known to Telugu audiences for her movies such as NTR’s Narasimhudu, Ashok and Chiranjeevi’s Jai Chiranjeeva. She was last seen in a special song alongside Venkatesh and Rana in the 2012 film, Krishnam Vande Jagadgurum.

Now, Sameera is eagerly waiting to experience motherhood for the second time. The actress took to Instagram and posted a picture showcasing her baby bump. The baby is due to be born in July. Sameera and her bike designer husband Akshay Varde got married in 2014. The couple has a son named Hans Verde, born in 2015.