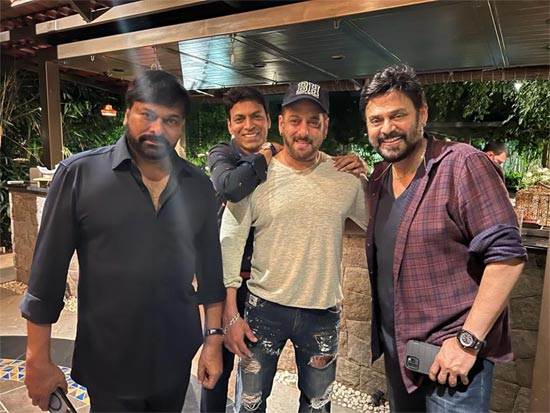 The other day, we all saw the images of Kamal Haasan and Salman Khan attending a dinner hosted by Chiranjeevi at his residence to celebrate the success of Vikram.

As Salman Khan is in the city to shoot for his new film, he is meeting all his close buddies on a regular basis. Once again, Salman met Chiranjeevi and Venkatesh at a private party.

Seen here in the picture are Chiru, Salman, and Venkatesh having a good time. Also seen in the picture is JC Pawan Reddy who is a close friend of these stars. The party happened at his residence.