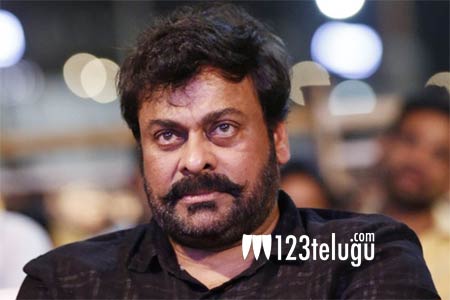 Megastar Chiranjeevi’s prestigious 151st film, Sye Raa, was launched around a week ago. Yesterday, on the occasion of Chiru’s 62nd birthday, Sye Raa makers held a grand celebratory event where the film’s cast and crew members were announced.

Chiru could not attend the event, but he sent a video message which was played during the event. Chiru said he has been longing to portray a freedom fighter’s role, especially Bhagat Singh’s, since a long time.

Chiru expressed his happiness over getting an​ opportunity to play the first Telugu freedom fighter Uyyalawada Narasimhareddy in Sye Raa. Chiru also said that Sye Raa is a huge challenge and that his fans will be proud of this magnum opus.