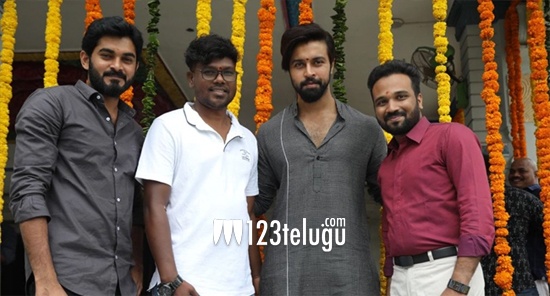 Megastar Chiranjeevi’s son-in-law Kalyaan Dhev has signed a new film. Touted to be a full-on commercial entertainer, this as-yet-untitled film was launched earlier today in Hyderabad. For the first time in his career, Kalyaan will be seen in an out-and-out mass action avatar.

Kalyaan Dhev’s new film will be directed by Kumara Swamy Naidu and produced by Monish Pattipati and Datti Suresh Babu. The film’s regular shoot will commence from the last week of October. Apart from this project, Kalyaan Dhev also has Super Machi, Kinnersaani and a yet-to-be-titled romantic entertainer co-starring Avika Gor.