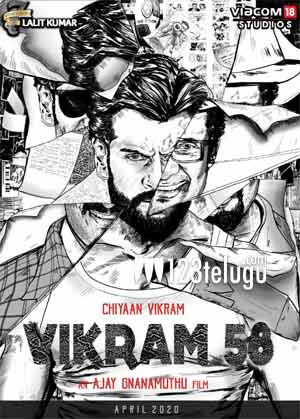 For the last few years, Tamil star Chiyaan Vikram has been signing a series of action thrillers. After Kadaram Kondan and Dhruva Natchathiram, Vikram has just signed yet another high-octane action thriller for his 58th protect. An interesting first look poster has also been unveiled this evening to announce the project.

Vikram’s next will be directed by young Tamil filmmaker Ajay Gnanamuthu. The film will be jointly produced by 7 Screen Studios and Viacom 18 Studios. This as-yet-untitled film’s shoot will commence from August 2019 and the theatrical release will be in April, 2020. More details about the film’s cast and crew will be out soon.