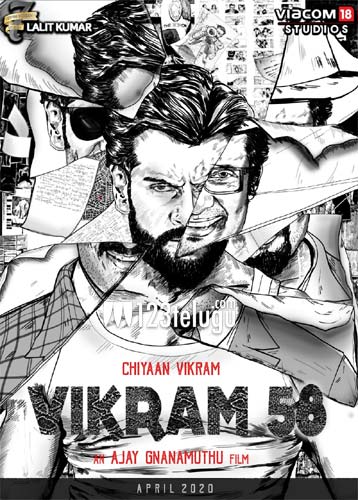 It’s well known that Tamil star Chiyaan Vikram will be seen in a high-octane action thriller for his 58th protect. Young Tamil filmmaker Ajay Gnanamuthu will direct the movie and Oscar-winning music composer AR Rahman will score the soundtrack.

Now, the latest update is that Vikram will be seen sporting as many as 25 different looks in this as-yet-untitled film. This update has got Vikram’s fans all the more excited about the movie. The shooting will commence from August and the theatrical release will be in April, 2020.

7 Screen Studios and Viacom 18 Studios will jointly produce the film. More details about the film’s cast and crew will be out soon.