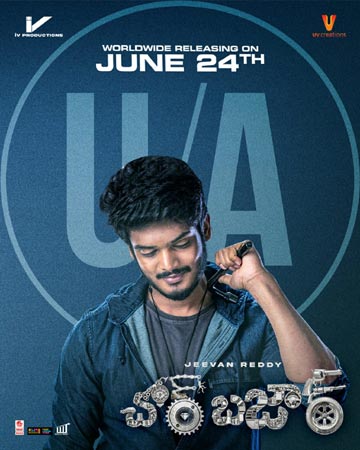 Young actor Akash Puri is all set to entertain audiences with his upcoming movie, Chor Bazaar. Scheduled to hit screens on June 24, 2002, the movie is directed by Jeevan Reddy.

Today, the movie has finished the censor formalities and was awarded with a U/A certificate. The makers have officially announced it on social media.

Having Gehna Sippy as the love lady of Akash, the movie is bankrolled by VS Raju under IV Productions. UV Creations is releasing this movie, which has Suresh Bobbili’s music.