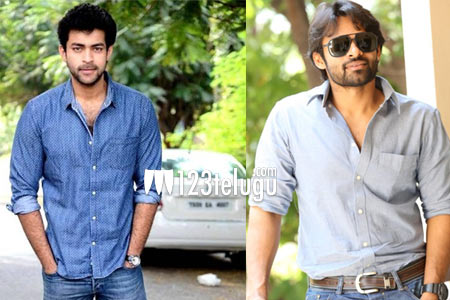 It looks like young Mega heroes Varun Tej and Sai Dharam Tej are going to have a box-office clash with their upcoming movies. Recently, the makers of Varun Tej’s Tholi Prema had announced that the film will be released on February 9.

Incidentally, even the makers of Sai Dharam Tej’s ongoing movie in VV Vinayak’s direction has announced that their movie will hit the screens in February second week. Adding to this, Bellamkonda Sai Sreenivas’ Saakshyam too is slated for a February 9 release, making it a three-way clash. We will have to wait until early next year to see if there will be a change in the release date for any of the above three movies.