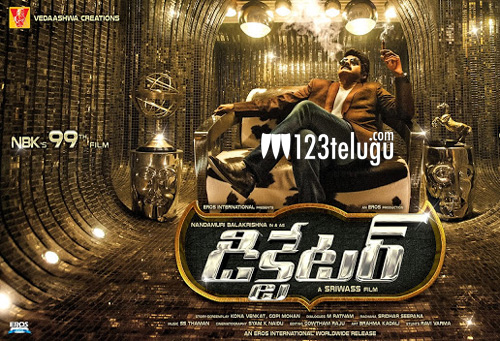 It is a known fact that Nandamuri Balakrishna is busy shooting for his latest film Dictator. Latest update from the unit reveals that a heavy duty climax fight is being shot in Hyderabad currently.

Some key scenes involving Balayya and a few fighters are being shot by action director Ravi Varma. With the completion of this schedule, the entire talkie part of the film will be completed.

Only two songs are left to be shot and they will be wrapped up by this month end. Directed by Srivas, Dictator has Anjali and Sonal Chauhan as the female leads. S S Thaman scores music and Eros is the production house behind this project.