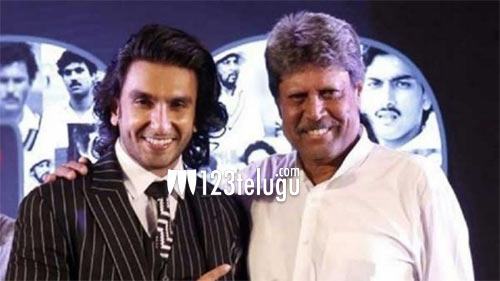 It is a known fact that Ranveer Singh is doing a biopic on Kapil Dev which has been titled 83. The film will showcase how Kapil and his team won the prestigious 83 world cup.

The entire team of actors is already in the UK shooting for the film. The news now is that they key final match between India and West Indies will be shot at the prestigious Lords Cricket ground.

The climax scenes of the film will be canned once the 2019 world cup gets over. Special plans are being made to re-create the same magic of 83.

Kabir Singh directs this film which has Deepika Padukone as the female lead.