Comedian Madhunandan debuts as a hero with Gunde Katha Vintara
Published on Mar 3, 2021 10:09 am IST 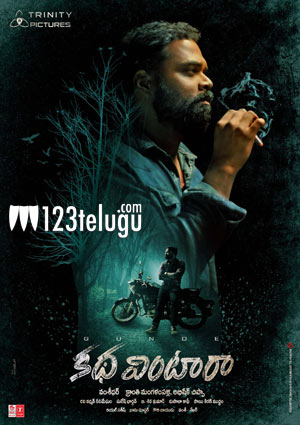 Noted comedian Madhunandan, who played notable roles in several successful films such as Ishq, Gunde Jaari Gallanthayyinde, Geethanjali, Oka Laila Kosam and Taxiwala, is all set to make his debut as a hero. Madhunandan’s maiden film in a lead role is touted as a unique thriller, titled Gunde Katha Vintara.

Gunde Katha Vintara’s intense first look poster, featuring Madhunandan in a thick long beard, has been released just a while ago along with the film’s official announcement. The film is being written and directed by debutant Vamsidhar and produced jointly by Kranthi Mangalampally and Abhishek Chippa under Trinity Pictures.

Swathista Krishnan and Shreya Navile are making their Tollywood debut as the female leads. Masala Coffee is scoring the soundtrack.