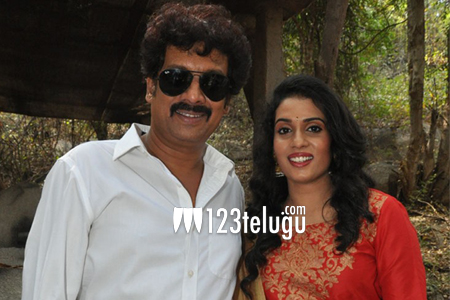 Noted comedian and character artiste Uttej launched his daughter Chetna Uttej as an actress in a film titled ‘She’. This morning, Chetna’s debut film was launched formally, with Puri Jagannadh directing the first shot. Interestingly, the first shot was picturized in a burial ground set.

‘She’ also stars popular Malayali actress Swetha Menon and young Tamil actor Mahat Raghavendra. Ramesh Mahendra is directing the film and Kalvakuntla Tejeswar Rao is producing it under his Maheshwara Arts banner. Speaking on the occasion, Chetna said that she acted as a child artiste and hoped to impress everyone with her debut film.

Uttej posted the muhurtham photographs on his Twitter page and requested everyone to bless his daughter.