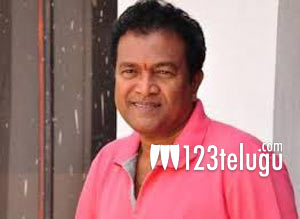 Comedian Gautham Raju’s son Krishna is all set to enter the Telugu Film Industry and Gautham Raju himself announced this during a chat with media persons. The young lad will not be entering the industry as a mass hero, as most youngsters try to do.

Rather, Krishna will reportedly appear in story backed characters. Gautham Raju has good relations with almost all the heroes and directors in the Telugu Industry and he is hoping that this goodwill will be of use to his son.

Gautham Raju is currently busy with a host of films that are in various stages of production.