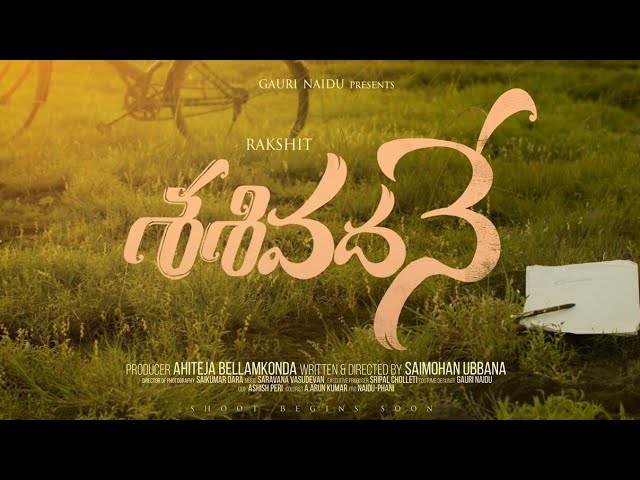 Ahiteja Bellamkonda, who produced the film Akshara is back with his second film now. Tilted Sasivadane, the concept video has been released.

By the looks of it, the visuals, theme, and conflict look intense. The film is a beautiful love story being directed by Sai Mohan Ubbana and has Rakshit Atluri of Palasa fame and Komalee Prasad as the lead pair.

The village visuals look good and the caste angle is also touched upon in this film. The shoot is going on in full swing and the makers are in plans to narrate the film in the most realistic way possible.