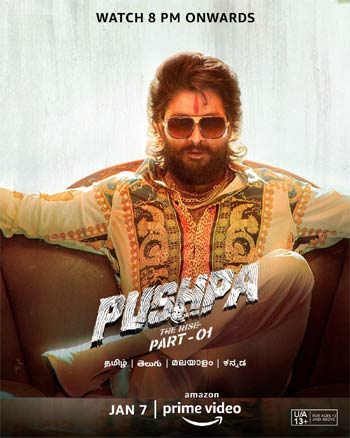 The much-awaited news about the OTT release of Allu Arjun’s latest movie, Pupsha: The Rise is here.

Amazon Prime Video, which owned the digital rights of Pushpa, took to social media and announced that the movie will be available to stream on its platform from January 7.

The OTT platform also confirmed that the Telugu, Hindi, Malayalam and Kannada versions of the movie will be available to stream. There is no word about the release of the Hindi version yet.

Directed by Sukumar, the pan-India film is doing well at the ticket windows in many areas.