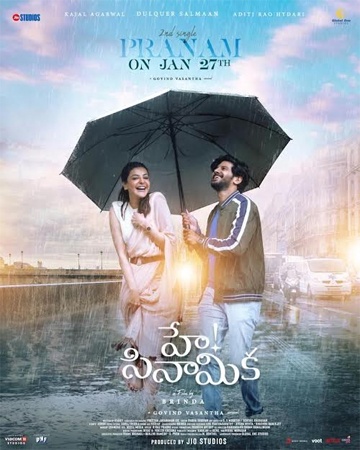 Today, the makers have announced that the second single, composed by Govind Vasantha, from the movie is going to be unveiled on January 27. They also confirmed that the song will also be released in Telugu.

So, the makers have indirectly hinted that the romantic comedy will also be released in Telugu. Produced by Jio Studios, the movie is scheduled to release in theaters on February 25, 2022.

But, doubts are rising as there is no release date in the latest posters. We need to wait for some more time to get an official announcement from the team Hey Sinamika regarding the same.