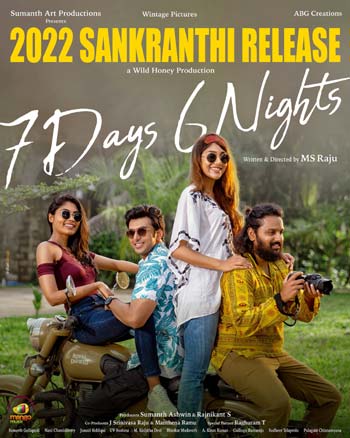 The star producer’s latest directorial, 7 Days 6 Nights, is set to release in theaters on January 14, 2022. The director, MS Raju, himself confirmed the release date of this movie.

Starring Sumanth Aswin and Meher Chawal as the lead pair, the new age rom-com has the music of Samarth Gollapudi and the cinematography of Nani Chamidisetty.