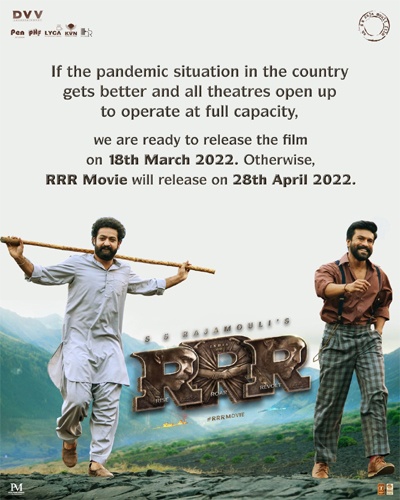 The much-awaited Tollywood flick, RRR, featuring Jr NTR and Ram Charan in the lead roles, is in the news again. The magnum opus directed by India’s pride, SS Rajamouli, gets a couple of tentative release dates.

Today, the makers have officially released a note which read that if the pandemic situation gets better and theaters open up to run at 100% capacity, then the movie will be released in theaters either on March 18 or April 28.

The promotional content and the songs have already raised the expectations on the movie. MM Keeravaani has scored the music for this period drama which has Senthil Kumar’s cinematography.