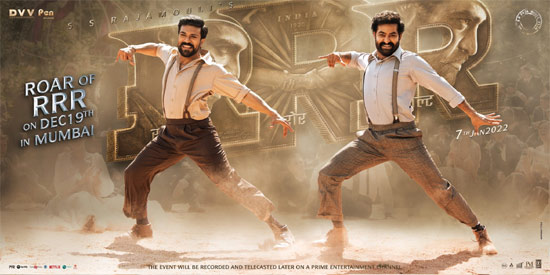 Rajamouli’s RRR is up for a massive release on the 7th of January and preparations are in full swing as of now.

The film will have a big release in Hindi as well and the news is that the Hindi pre-release event will be held on the 19th of this month in Mumbai.

The news is also that star hero, Salman Khan will be gracing the event as the chief guest. Very soon, the pre-release event of Telugu will be announced by the makers.