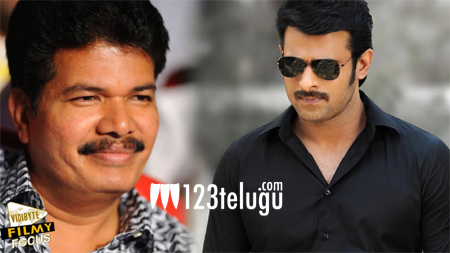 Shankar was in the news a few days back when reports about him signing a contract about the budget of his film Indian 2 came out. Apart from these reports, one more rumor which made a lot of news was that Shankar would direct Prabhas very soon.

This news became viral but now the sources close to the director have revealed in Chennai that the news is not true at all. Shankar is very much busy with Indian 2 for the next year or so.

As of now, Prabhas has two movies in the form of Saaho and a film with Radha Krishna.