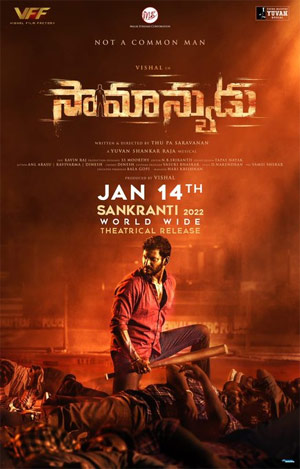 Action hero Vishal’s upcoming action drama, Saamanyudu is confirmed to release worldwide in Telugu and Tamil languages on January 14. The makers have officially announced the news through the poster.

Directed by debutant filmmaker, Thu Pa Saravanan, the film is being produced by Vishal himself on his Vishal Film Factory (VFL) banner.