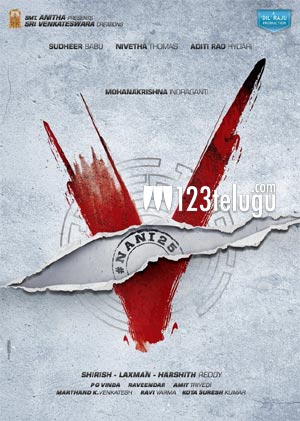 It’s been earlier reported that Nani will be essaying a role which has negative shades in V. Now, the latest buzz is that the Natural Star’s role will also have a contrasting dimension to it. Apparently, Nani’s role in V also has a compassionate side and his role puts friendship ahead of anything else. However, we will have to wait until the film’s release to know the actual truth to this buzz.

Dil Raju is bankrolling V. Popular Bollywood music composer Amit Trivedi is scoring the soundtrack. The film is slated for release in the Christmas weekend.