Controversial first look of Parannageevi is out
Published on Jul 22, 2020 4:58 pm IST 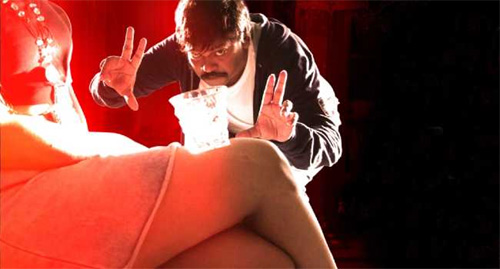 The first look of the film is out now and it showcases the character of RGV in a way which he generally shoots his films in a controversial manner on women. Also seen is a vodka glass on the thighs of a woman. Noted critic Kathi Mahesh is playing the role of an ardent Pawan fan in this film.

Looks like the director, Nutan Naidu has made up his mind to show RGV in a never before seen manner and how much will he be successful in it needs to be seen.