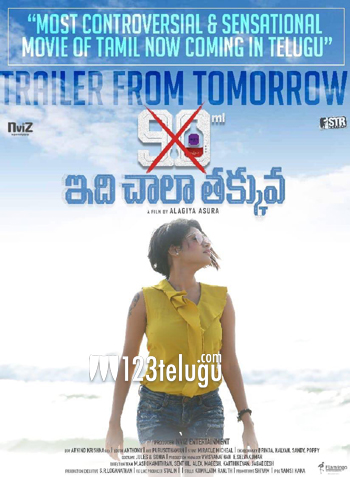 Bigg Boss Tamil sensation Oviya’s latest Tamil chick flick, 90 ML, has been the centre of numerous controversies ever since the film’s trailer was unveiled. The film released last week and caused quite a stir and is also performing decently at the box-office.

Now, 90 ML is all set to release in Telugu as 90 ML Idhi Chala Thakkuva. The Telugu version’s trailer will be unveiled tomorrow. The film has been directed by Anita Udeep. Popular Tamil hero Simbu is the film’s music composer. The release date will be announced soon.