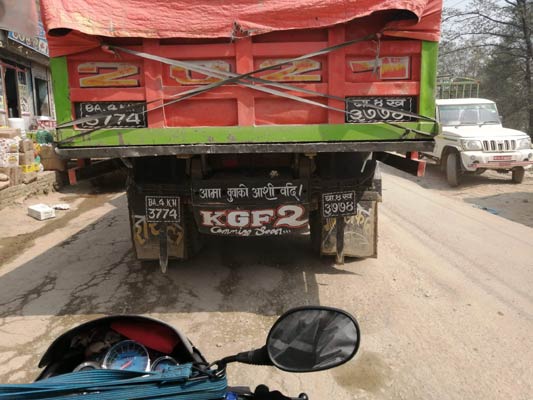 This picture of a lorry in Nepal displaying KGF 2 on its back reveals just a glimpse of the massive craze for this highly-anticipated gangster drama in even foreign territories outside India. The picture was posted by a Nepali KGF fan on social media a couple of days ago and it has been going viral ever since.