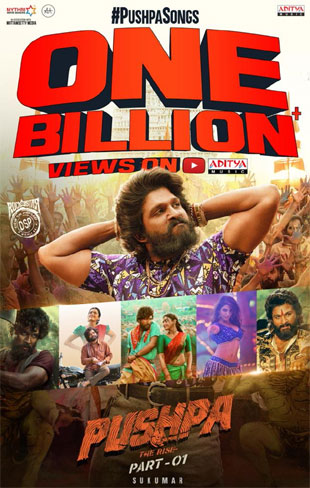 Pushpa is one of the biggest hits in recent years and one of the major credits of its success should go to DSP’s hit music and there is no doubt about it.

Now, the film’s music has achieved a rare fest as the songs of the film have crossed the one billion views on Aditya music YouTube channel across all the four languages of its release.

This no mean feat and proves what kind of a hit the songs have become in no time. Especially, the songs ahve caught up quite well in the Hindi belt as so many viral videos on these songs.