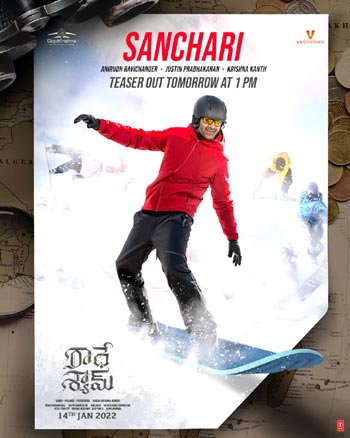 After releasing two melodies tracks from Radhe Shyam, featuring Prabhas and Pooja Hegde, the makers are now all ready to release the third single very soon.

But, before releasing the full song, the team Radhe Shyam has planned to release a teaser of it tomorrow at 1 PM.

Titled Sanchari in Telugu, the song was crooned by Anirudh Ravichander and composed by Justin Prabhakaran.

Besides, Tamil, Malayalam, Kannada and Hindi songs teasers will also be released on the same day at the same time.

Directed by Radha Krishna Kumar, the pan-Indian movie is scheduled to hit screens on January 14, 2022 worldwide.