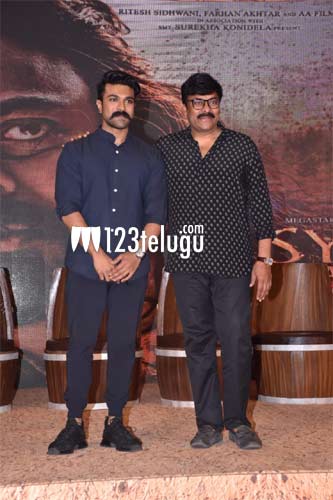 A few days back, we had revealed that the Koratala Shiva film is not just the Chiranjeevi starrer alone but will also have Charan in a key role.

Now, the juicy gossip is that Koratala has designed things in a way that Charan will be playing younger Chiranjeevi in the film.

He will be seen in the flashback episodes of the film as the  young  Chiru. This is an interesting way of presenting Charan in the film and if this news is true, it will be a feast for the fans.

The pre-production of the film is on in full swing and very soon the shoot will go on floors in RFC, Hyderabad.