Critically acclaimed Bollywood hit to be remade in Telugu?
Published on Oct 6, 2017 8:15 am IST 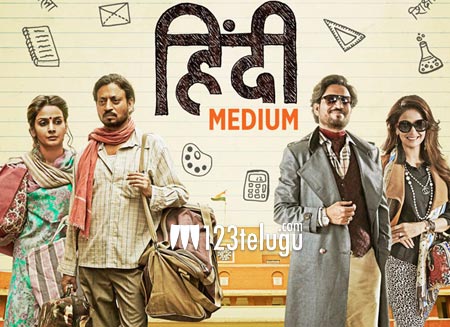 Released in May earlier this year, the Irrfan Khan and Pakistani actress Saba Qamar-starrer comedy drama, Hindi Medium, went on to become a huge critical and commercial success. As per the latest buzz, plans are being made to remake Hindi Medium in Telugu.

Apparently, director Nandini Reddy is keen on helming Hindi Medium’s Telugu remake. The buzz further has it that Nandini is keen on roping in senior hero Venkatesh to reprise Irrfan Khan in the Telugu version, which is rumored to be titled Telugu Medium. These are mere speculations and we will have to wait until an official announcement is made.