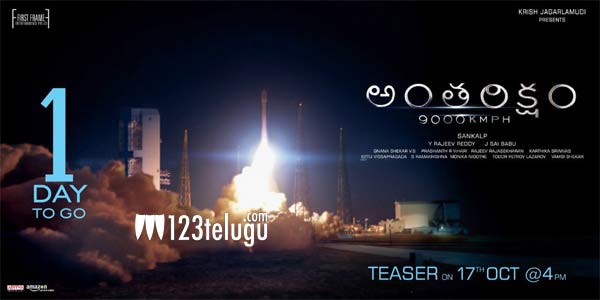 Antariksham is the first space film in Telugu which is being directed by Sankalp Reddy. The teaser of the film will be launched tomorrow evening and there is a very good buzz for this project.

The media and audience are quite eager to see what director Sankalp Reddy has created with such an interesting concept. Such films are rare and need to be told in a very interesting way. Because of this, there is a lot of curiosity on this film and how it will turn out to be.

Lavanya Tripathi and Aditi Rao play female leads in this film which is being produced by Krish. The film releases in December.