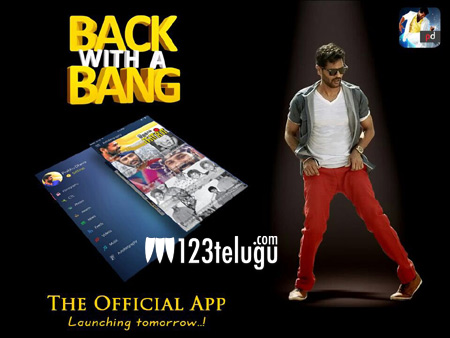 Dancing sensation Prabhu Deva, who is fondly called as Indian Michael Jackson, is all set to launch his official app today in Chennai. The multifaceted star is launching his personal app to commemorate his comeback to acting in Tamil films after more than a decade.

On the films’ front, the master will soon be seen in Tamannaah’s Abhinetri, which is set for an October 7th release. He will also choreograph a song for Megastar Chiranjeevi’s prestigious comeback film.