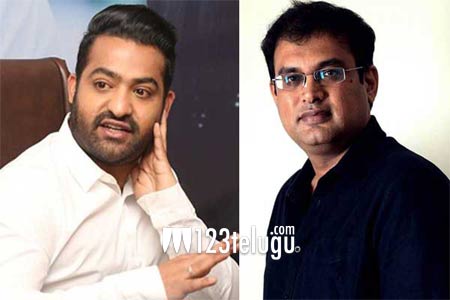 Following the stupendous success of Janatha Garage, fans are eagerly awaiting the announcement about Young Tiger NTR’s next project. The actor was in talks with writer Vakkantham Vamsi for the latter’s directorial debut.

However, the latest revelation by NTR’s brother Kalyanram cast dark clouds over the NTR-Vakkantham combination. Kalyanram, speaking at his latest press conference for ISM, said that they weren’t impressed with the script narrated by Vakkantham Vamsi.

Already, there is a huge buzz that NTR’s next film may be directed by Puri Jagannadh, and Kalyanram’s statement has added more fuel to the buzz. Let’s wait until the official announcement.