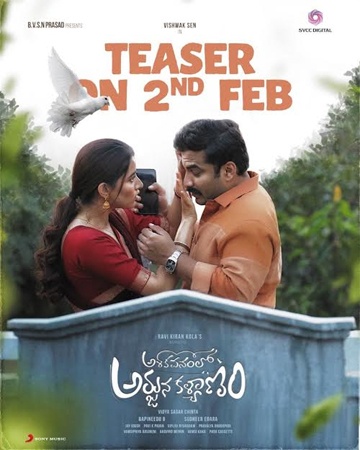 After creating a sensational buzz with the promos and a melodious song, the team behind Vishwak Sen’s Ashoka Vanamlo Arjuna Kalyan is planning to release a lovely teaser.

The makers of the romantic entertainer have announced that the official teaser will be out on February 2, 2022.

Rukshar Dhillon is playing the lady love of the actor Vishwak Sen in this movie, which is directed by Vidya Sagar Chinta and produced by SVCC Digital, the movie has the music of Jay Krish.