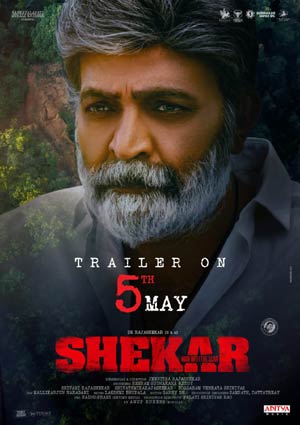 Veteran actor Rajasekhar-starrer Shekar is up for a grand release in theaters on May 20, 2022. Directed by his wife, Jeevitha Rajashekar, the movie is an official remake of the Malayalam blockbuster, Joseph, released in 2018.

Now, the latest news is that the movie’s theatrical trailer will be released online on May 5, 2022. The makers have announced it on social media. But, there is no clear info on who will release the trailer and at what time it will be out online. We need to wait for some more time to get a clear picture.