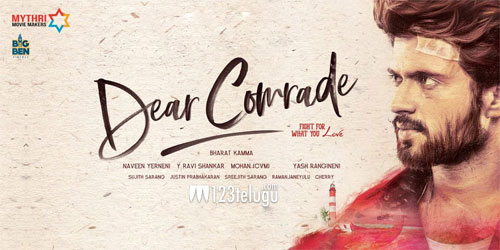 It is a known fact that Vijay Devarakonda is doing a film called Dear Comrade. Sometime back, we had revealed that a special announcement will be made regarding the film’s release on Vijay’s birthday on 9th May.

Now, the latest we hear is that the makers have decided to release the film on the 26th of July. Rashmika plays the female lead in this film which is an out and out love story.

Bharat Kamma directs Dear Comrade and there is a superb craze for this project. Watch out this space for more updates on this project.