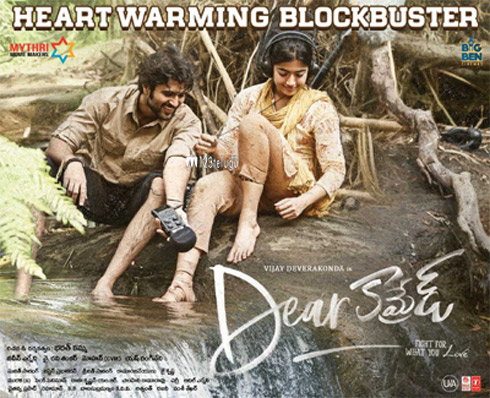 Vijay Deverakonda, Rashmika starrer Dear Comrade, and Vijay Sethupathi, Samantha and Fahadh Faasil starrer Super Deluxe are in contention, along with 26 other films, for India’s official entry to the Oscars, if the latest reports are anything to go by. A leading newspaper has published a list of 28 films from various languages which are under consideration and the jury is expected to announce the winner shortly.

Incidentally, Dear Comrade is the only Telugu film in the list, and even Super Deluxe is one of the few Tamil films to make to this long list. Malayalam film Uyare, and Vetrimaaran’s Vada Chennai are other popular South Indian films in the list, which has other critically acclaimed films like Andha Dhun, Badhai Ho, Uri among others.

Last year, India sent Rima Das’ Village Rockstars as its official entry, and this year, Rima Das’ new film, Bulbul Can Sing is also under consideration. It remains to be seen of she gets lucky second time as well, or if the jury will spring a big surprise in the end.