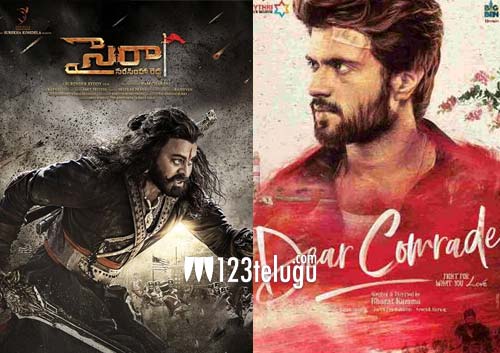 When Vijay Deverakonda announced that the teaser of his upcoming film, Dear Comrade will also be released in Kannada, it left many wondering if the film itself is set for a big release in Karnataka. Traditionally, the Karnataka Film Chamber of Commerce (KFCC) has opposed dubbed films and that is the reason why films are allowed to release in their original version.

But recently, there has been a change of stand by KFCC and it has made an open statement that it won’t object if any filmmaker chooses to dub their films in Kannada. “KFCC aims and desires to facilitate greater and fair competition in Karnataka’s film industry. KFCC appreciates that such competition will ensure more choice (by virtue of increase in production and supply of movies) and better quality products for the consumers which may also be available at more competitive prices,” KFCC said in a statement.

This could be a big boon for Telugu films, which already have a huge market in several parts of Karnataka. And Vijay Deverakonda’s Dear Comrade is likely to be the first of the big films in Telugu to make inroads in Karnataka by releasing a dubbed version in Kannada. But the biggest benefactor of this new policy by KFCC could be Megastar Chiranjeevi’s Sye Raa Narasimha Reddy. Many believe that the presence of Kiccha Sudeep in the film could be a big game changer for Sye Raa in Karnataka, and Chiranjeevi’s popularity too will come in handy. All in all, it’ll be interesting to see how films like Dear Comrade, Sye Raa Narasimha Reddy, and even other biggies like Saaho make the most of this new market.