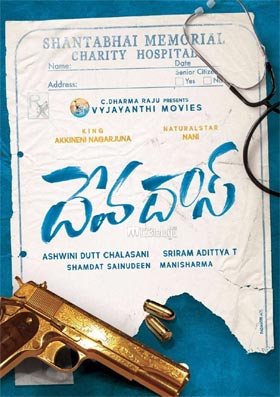 The wait is finally over as the first look of the Nag-Nani multi-starrer has finally been revealed. As we had revealed earlier, the film’s title has been confirmed as Devdas.

The title is quite interesting and we can clearly understand that Nagarjuna plays the role of a don named Das and Nani is a doctor with the name Das.

The film is a hilarious comedy with loads of entertainment laced in it. Vijayanti Movies produce this film whose teaser will be launched soon.

For now, things have caught on well with the first look.