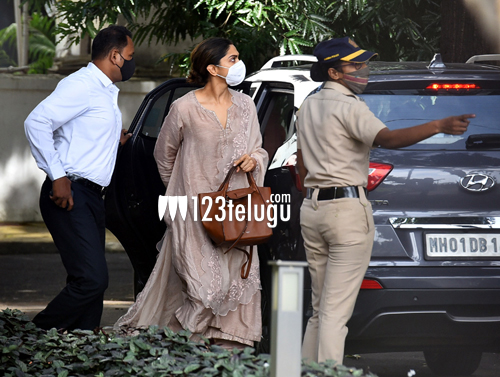 Few days ago, NCB had issued summons to Deepika Padukone to appear before them for questioning in the ongoing probe about drug mafia’s links with Bollywood. Deepika, who was in Goa, flew back to Mumbai, and she appeared for questioning today at NCB office in Mumbai.

Recently, NCB officials had questioned Deepika’s manager Karishma, who works with a talent management agency Kwan. It has been widely reported in the media that the two had discussed about marijuana, and NCB team is reportedly questioning several others in the industry regarding this issue.

Apart from Deepika, few other actresses including Shraddha Kapoor and Sara Ali Khan have been issued summons by NCB. Apart from Rhea, Rakul Preet has been questioned by the Narcotics Control Bureau team.