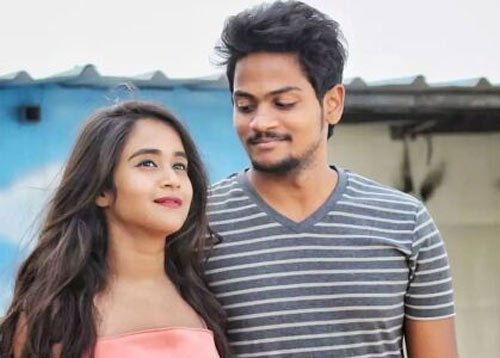 Deepthi Sunani is a social media sensation and has a huge following. She was dating yet another Youtuber Shanmukh Jaswanth.

Shanmukh went to the Bigg Boss 5 show and got really close to an actress named Siri. The manner in which Siri and Shanmukh got close to each other did not go well with many.

A few days back, we had reported that things are not well between Deepthi and Shanmukh and the couple has broken up. Now, Deepthi Sunani has confirmed that she has indeed broken up with Shanmukh.

In a very emotional post, she made things clear that there were a lot of differences between them and they have decided to break up amicably. 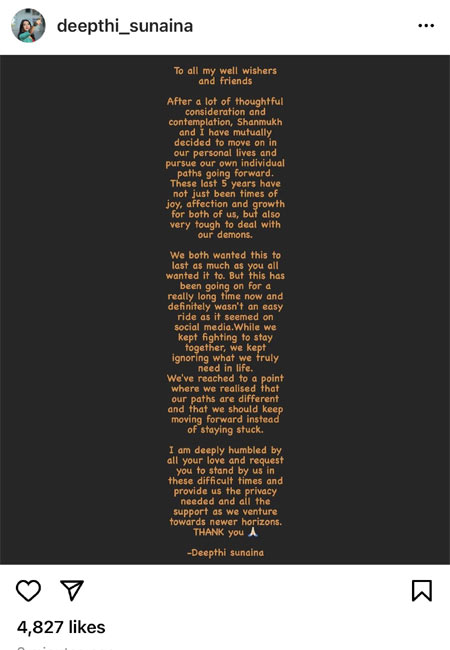