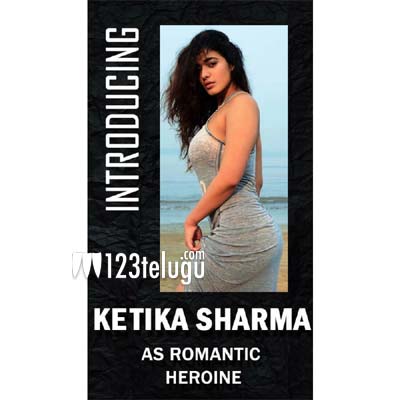 it’s well known that director Puri jagannadh is providing the story and screenplay for his son Akash Puri’s ongoing film, Romantic. Puri is also producing the film in association with actress Charmme. The film’s latest schedule is underway in Goa.

As per the latest updates, Puri has roped in Delhi actress Ketika Sharma as the leading lady in Romantic. Ketika is an internet sensation with over 1 million Instagram followers. She gained prominence with her dubsmash videos. Debutant Anil Paduri is directing Romantic.